The air force deployment strategy changed from offence to defence

In the early 1930s, the main focus in developing the air force was in offensive operations. The General Staff assessed that by procuring bombers, Finland would be able to attack the enemy from behind, even in Leningrad. The Soviet Union’s rapid development of an air-to-ground weapon in the 1930s made Finland adopt a more defensive approach to the deployment of its air force. Anti-aircraft defence became more important than air raids. Protecting the field army’s points of concentration emphasised the importance of air defence from the start of the war.

The air force was initially considered to be a branch of the ground forces, although, unlike the other branches, it had its own headquarters. Prior to the start of the Winter War, the air force achieved the status of a defence branch. Jaeger Officer, Major General Jarl Lundqvist served as commander of the air force.

The 1st Air Defence Regiment, which operated in Helsinki and Suomenlinna, and the 2nd Air Defence Regiment, which operated in Viipuri (Vyborg), were subordinate to the commander of the air force. The coastal artillery had its own air defence troops. The navy’s ships carried anti-aircraft weapons. Coastal defence ships carried several anti-aircraft weapons. 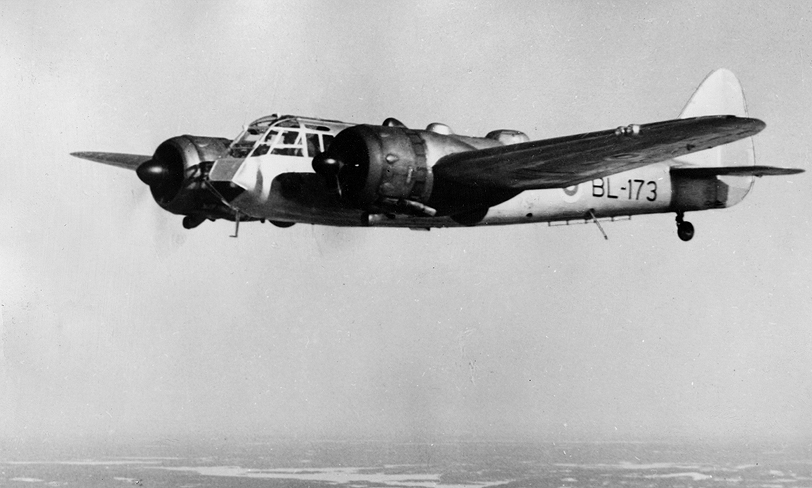 The wartime air corps under Lundqvist included three flying regiments. Outdated aircraft that were unsuitable for aerial combat were primarily assigned to Flying Regiment 1. Its aircraft were for the most part only capable of serving as liaison aircraft for the army and the navy.

According to the plans, Flying Regiments 2 and 3 would be left under the command of the

commander of the air force. The mission of Flying Regiment 2 was to prepare for counter-air defence on the Karelian Isthmus, while Flying Regiment 3 was responsible for long-range operations, surveillance and bomber flights. These flying regiments included the air force’s most modern aircraft, represented by 36 Fokker D 21 fighters and 14 Bristol Blenheim long-range bombers.