Germany invaded Poland on 1 September 1939. Finland increased its efforts to guard its neutrality. On 5 October, the Finnish government received an invitation to send a negotiation delegation to Moscow. In the wartime configuration, the peacetime army was deployed to the Karelian Isthmus as covering forces. The same day, the government ordered for a part of the field army, i.e. the wartime ground forces, to be established. The Finnish negotiation delegation, led by J. K. Paasikivi, left for Moscow by train on 9 October. The negotiations started on 12 October. The order to mobilise the entire field army was issued the same day. This mobilisation was called additional refresher training (YH).

Finland stepped up its efforts to guard its neutrality

After Germany invaded Poland on 1 September, Finland stepped up its efforts to guard its neutrality. These efforts were taken by the Defence Forces, the Finnish Border Guard and the Coast Guard. To increase the number of personnel in active service, a decision was made to keep all conscripts who were due to be demobilised in September in service for the time being.

The Finnish Navy deployed as covering forces on 1 September 1939

On 1 September, the navy was ordered to deploy as covering forces. The same day, a bicycle battalion and a cannon battery were called for refresher training from Åland’s wartime troops. On 14 September, the day of the battalion’s demobilisation, a brigade-level unit of the peacetime army, known as the Uusimaa Regiment, was ordered to relocate to Turku on a war footing and be ready to be deployed to the Åland Islands. The guarding of Finland’s neutrality required more personnel than the navy employed. The covering forces were supplemented by calling reservists for refresher training.

In addition to the Finnish Navy Command and the Coastal Fleet, the covering forces established for the Gulf of Finland, Lake Ladoga and the Åland Islands on 11 September included coastal artillery troops, which were responsible for coastal defence in the Gulf of Finland and on Lake Ladoga. The Coast Guard was subordinated to the navy on 12 October. However, the Åland Coast Guard District remained independent until 2 December.

The air force stepped up its reconnaissance and surveillance flights

The army raised its defence readiness

The army only played a minor role in guarding Finland’s neutrality in September. The main focus was on increasing defence readiness. One Jaeger battalion and one engineer company from the peacetime forces were deployed to the Karelian Isthmus. The 3rd Jaeger Battalion from Mikkeli received the order to deploy to the Kivennapa (Pervomayskoye) area. The engineer battalion in Koria was ordered to establish the 27th Engineer Company and transfer it to the Isthmus. 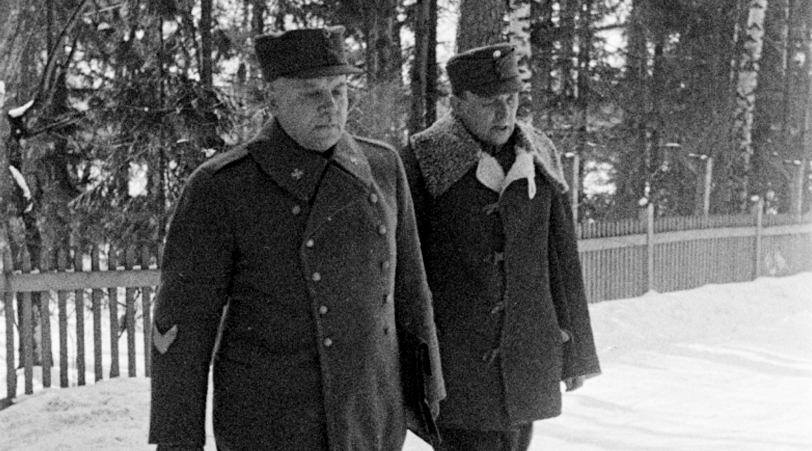 Minister of Defence Juho Niukkanen (on the left) and Major Kaarlo Saastamoinen on their way to the ministry’s temporary premises in Meilahti on 1 March 1940. SA-kuva.

The Soviet Union’s invasion of Poland commenced on 17 September In Finland, Field Marshal Gustaf Mannerheim, the chairman of Finland’s Defence Council, proposed to Minister of Defence Juho Niukkanen on 22 September that practically the entire peacetime army should be concentrated as covering forces on the Karelian Isthmus. The aim was to ensure the establishment of a field army even in the event of a possible surprise attack. No decision was made on the matter at this time. In contrast, the guarding of the military districts’ storage facilities and depots, as well as the industrial facilities under the Ministry of Defence, was stepped up.

Concentration of the covering forces

After the Soviet Union requested that Finland send a negotiation delegation to Moscow, the government of Prime Minister A. K. Cajander decided to approve Mannerheim’s proposal on the covering forces and for their concentration on the Karelian Isthmus practically in their entirety. The orders were issued on 5 and 6 October. The decision also meant the transfer of the Finnish Border Guard, which was subordinate to the Ministry of the Interior, to the command structure of the country’s armed forces.

The peacetime forces were supplemented with reservists and Civil Guards as well as civilian vehicles. To maintain secrecy, the reservists had to be told that they were being called to service for the fortification of the Isthmus. The troops arrived at their points of concentration on 11 October.

Partial mobilisation was decided upon on 7 October

Mannerheim already proposed a partial mobilisation on 7 October. In accordance with his

proposal, the commander of the peacetime army, Lieutenant General Hugo Österman, was authorised to call to service the General Headquarters, the Army of the Isthmus Headquarters and the headquarters of the three army corps, which comprised three divisions in their entirety, as well as some army units and army corps units.

Additionally, the North Finland Group was formed of the troops of the Border Guard districts in Northern Finland, supplemented with reservists and Civil Guards. Jaeger Officer, Major General Wiljo Tuompo, the chief of the Finnish Border Guard, served as the group’s commander.

The troops established in the partial mobilisation were called to additional refresher training (YH). The first day of YH was 10 October, and the transport of troops for concentrating them started the next day.

The Army of the Isthmus Headquarters was an unplanned command echelon 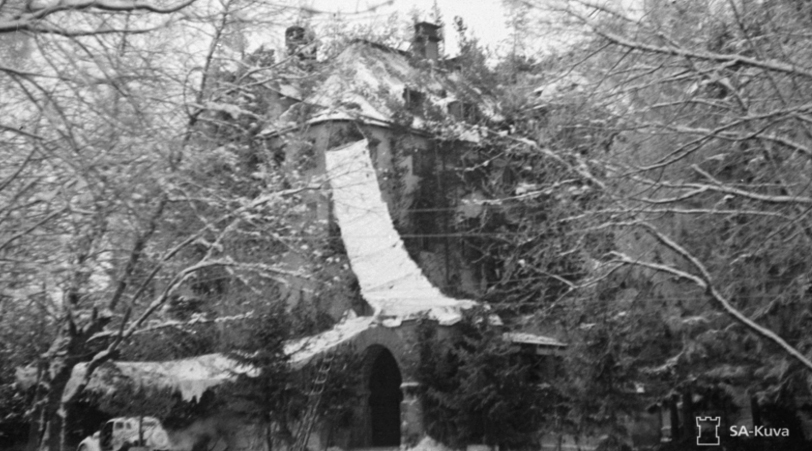 Establishment of the army corps headquarters

In the mobilisation, the wartime army was called to additional refresher training (YH). The decision on mobilisation was made by Minister of Defence Juho Niukkanen, based on a proposal made by Mannerheim the previous day. The first day of YH for the mobilisation of the entire wartime Defence Forces was 14 October. The troops were concentrated in their defensive areas in the course of 23 October.

The Civil Guard organisation formed the body of the Home Troops 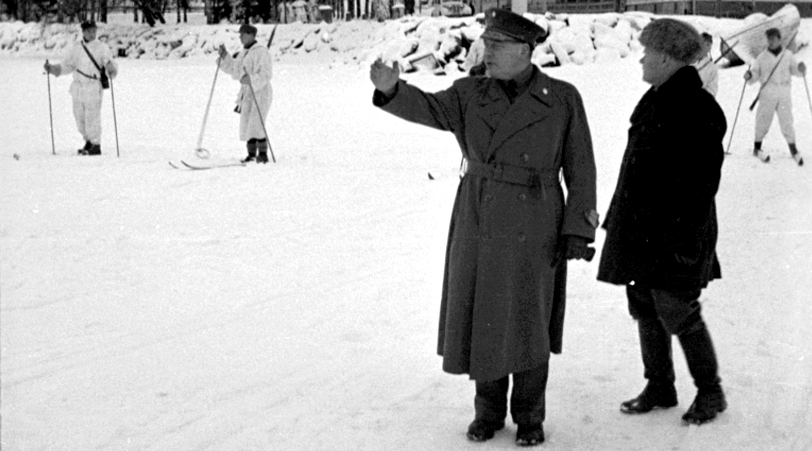 Major General Lauri Malmberg, the commander of the Home Troops, monitoring training in Helsinki, most likely in winter 1940. SA-kuva.

During the mobilisation, any personnel who were not assigned to military units that were established at establishment locations were assigned to the Home Troops. The commander of these troops was Jaeger Officer, Major General Lauri Malmberg, the commander-in-chief of the Civil Guard. His command headquarters, the Home Troops Headquarters, was formed from the Civil Guard Supreme Headquarters. In addition to other units, the Home Troops included the Field Reinforcement Brigade, which comprised nine battalions and three mortar companies. The planned role of the Field Reinforcement Brigade was to reinforce the field army. After the war began, the brigade’s units were used to reinforce the troops on the front lines.

The government discussed the demobilisation of the field army

In an unofficial meeting of the government on 20 November, some of the ministers proposed for the majority of the field army to be demobilised. They wanted to keep only one third of the total strength of the wartime Defence Forces, i.e. approximately 100,000 men, in service. An in-principle decision was already made on the matter, but it was never implemented.