Air raids on the headquarters city of Mikkeli 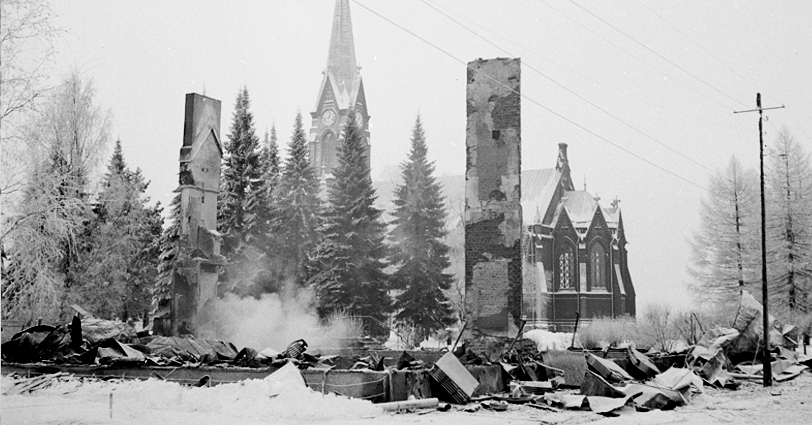 The ruins of a hospital in Mikkeli, destroyed in an air raid on 5 January. SA-kuva.

Mikkeli was bombed several times. The greatest damage was inflicted in an air raid on 5 January 1940. Finnish personnel losses were 29 dead and 36 wounded. The city, dominated by wooden buildings, also suffered great material damage. After the air raid, a part of the General Headquarters was decentralised around the city. The commander-in-chief, Field Marshal Mannerheim, and the operative command of the General Staff relocated to the Otava District.

Losses caused by air raids on the home front

The total losses caused by Soviet air raids on the home front and the rear of the theatres of operations during the Winter War were just shy of 2,800 people according to the statistics of civil defence authorities. A little less than a thousand people lost their lives. Almost 550 people were severely wounded and a little over 1,300 people were slightly wounded.

Air defence of the home front

On the home front, the areas with the strongest air defence at the start of the war were Helsinki, Turku, Tampere and Jyväskylä. Other air defence troops (Ad) on the home front were deployed at railway junction stations. There were also regional air defence forces deployed in Riihimäki, Lahti, Kouvola and Pieksämäki. 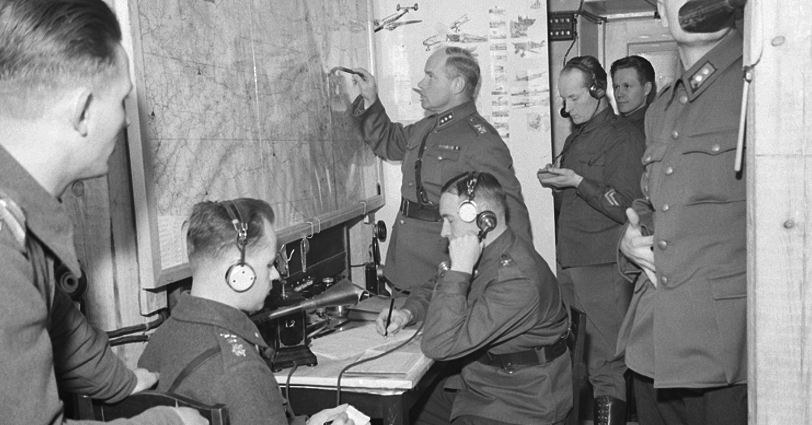 The air situation picture being kept up to date at the Regional Air Defence Centre (RADC) of Imatra on 7 February 1940. The centre’s mission was to form a picture of the air situation and relay it to the civil defence units and any air corps, ground-based air defence troops and other troops deployed in the region. SA-kuva. 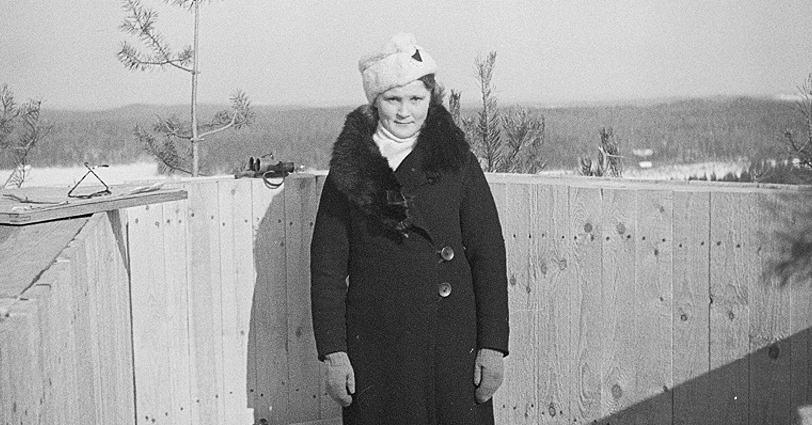 The air surveillance stations were located in tall buildings or towers in populated areas. In unbuilt environments, they were located in lightly constructed towers built for this purpose on elevated ground.

At air surveillance stations, round-the-clock surveillance was primarily performed by members of the Lotta Svärd auxiliary organisation for women who were trained for this duty. Poor telephone connections were the main reason why the air corps and ground-based air defence forces usually received the air situation picture in the theatres of operations too late. Air raid alerts were usually sounded in time on the home front.